Olive & Bee: The Intimate Cream for Anyone and Everyone 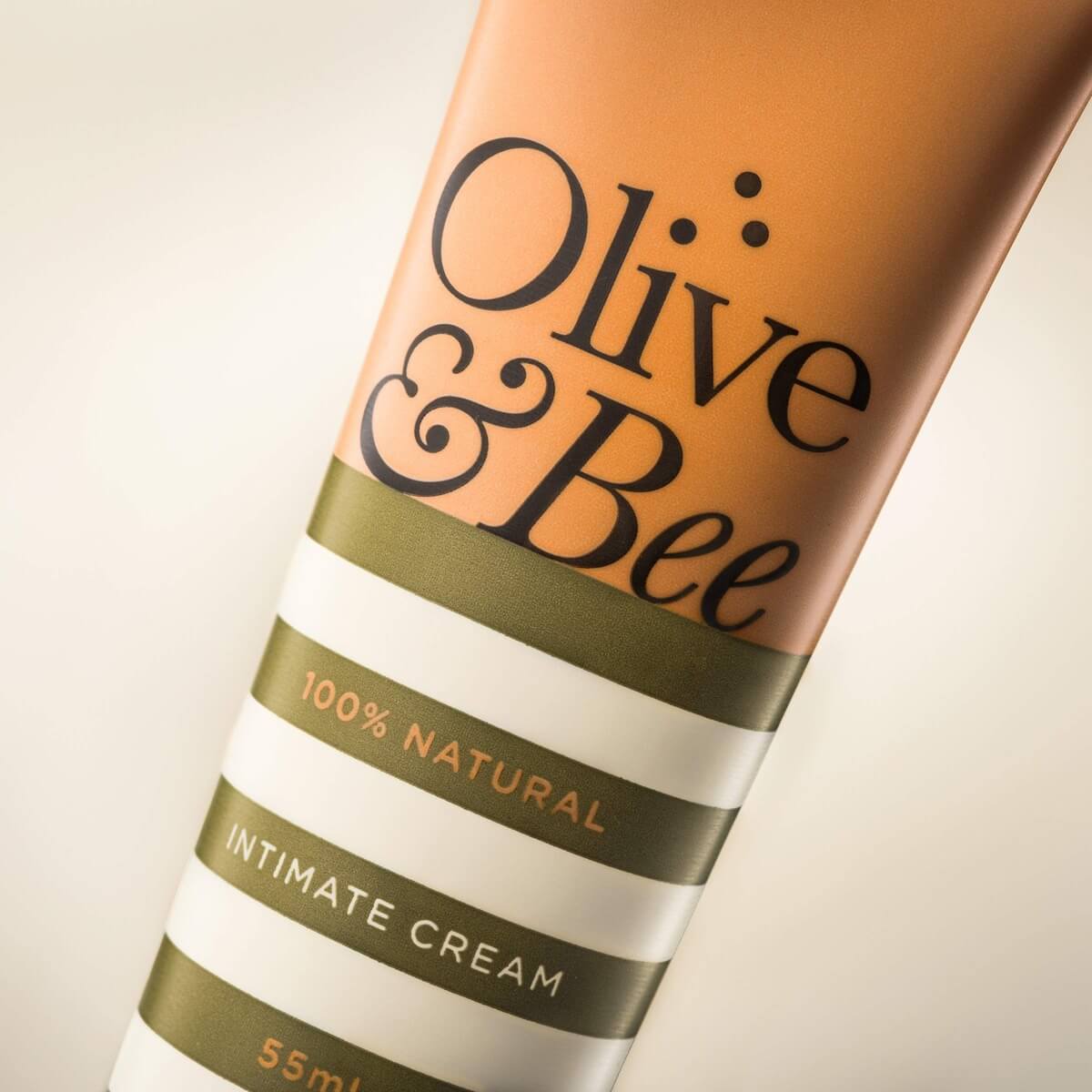 It was after 26 recipes did Claire Osterstock, founder of Olive & Bee, finalise the cream that would not only bring relief to many of her clients, but also change the way medicated treatments should be manufactured. As a practicing physiotherapist and running a clinic of her own, Claire wanted to make a difference in the healthcare industry when it comes to an area many people ignore—pelvic health.

It isn’t unusual for people to develop allergic reactions to specific medications. But when it comes to pelvic health, these allergic reactions are like salt to an open wound. Irritation, itchiness, inflammation and increased sensitivity – these are just a few of the symptoms that can come with using medical products that contain all kinds of chemicals and preservatives.

The pelvis is the lower part of the torso – located between the abdomen and your legs. This area is where your intestines, bladder and reproductive organs are. For practitioners like Claire, making sure that the organs in the pelvis area are healthy and functioning can be a problem because of the limited products available in the market and the stigma attached to it. While running her own clinic as a physiotherapist, she would often have patients come back to her about these allergic reactions.

Based in Adelaide and dedicated to helping women and men with the management of pelvic pain, Claire was disappointed by what was on the market. Part of her role was to advise her patients on personal lubricants. From her experience, synthetic chemicals and preservatives in the products that was available in the market was a big red flag.

“They can interfere with sensitive tissues in that area, and clients would often report burning and itching after their use,” Claire explained.

Instead, Claire began recommending olive oil as an alternative to what was on the market. This is due to the oil’s antifungal and anti-bacterial properties which help alleviate any possible allergic reactions. However, her patients complained about it being too messy.

What Claire needed was something that could thicken it so that it would be easier for her clients to use. This was when she had a lightbulb idea. With the help from a compounding pharmacist, she went and created a new, all-natural intimate cream by using beeswax.

But why call it an intimate cream instead of a lubricant?

With very few alternatives, many women have no choice but to use these lubricants to help with pelvic pain such as inflammation of the vulva, vagina and the surrounding tissues. However, she realised that many weren’t comfortable with buying them, mainly due to their names and packaging. It’s this stigma around lubricants that deter women from buying them – even if it means relieving them from the excruciating pain. By labelling Olive & Bee as an ‘intimate cream’, everyone and anyone can bring it with them without having their friends or family asking them questions about it.

The road from lab to store shelves can take many years. As with all products, they need to be tried and tested before entering the market. For Olive & Bee, this took 4 years. Claire had to do a clinical trial to get approval from the Therapeutic Goods Administration to make sure that Olive & Bee was up to Australian standards.

As one of the leading health systems in the world, Australian standards are the reason for the country’s long life expectancy. Strict testing, such as the pathology test Claire had to conduct to make sure no bacteria or mould would grow, is just one of the few hurdles that new health products must go through.

“To test how long the cream would last on store shelves, I had samples sit for a year to determine our first expiry date for launch. After the product was still clean at two years, we were able to increase the expiry date,” Claire explained.

With extra virgin olive oil as its base due to its anti-bacterial and anti-fungal properties which also acts as a self-preserving agent, there was no need for any added chemical preservatives. Meanwhile, the beeswax and its anti-inflammatory properties meant that Olive & Bee wouldn’t interfere with natural vaginal pH as other products would.

From an initial study, most participants mentioned that they would like the cream to be in a tube. Market research reassured her that this would be the best form of packaging.

But manufacturing turned out to be another problem.

“I couldn’t find anyone that would do small batches, fill and seal the tubes and had a TGA approval. Hence, I decided to set up a factory and self-manufacture,” Claire says.

Resolving to do it herself, she decided that sourcing the machine herself and setting up her own manufacturing workshop would be the best option. With a lot of trial and error, Claire was able to keep the whole manufacturing process in South Australia, making it 100% Australian made.

All-natural, long-lasting and packaged in a convenient tube, Olive & Bee was finally ready for the market.

Asia was a target market that Claire wasn’t initially aiming to venture into. It was the response to her first small batch that her Asia journey hit the ground running.

“As I started to get more interest from overseas buyers, I thought that I better look into it. China especially is not an easy market to sell into,” Claire explains.

While there was strong potential for Olive & Bee outside of the domestic market, the stigma towards pelvic health due to a lack of awareness is prevalent in Asian countries. Claire took this opportunity to introduce a way where people can address these problems without feeling embarrassed about them.

According to the World Bank in its 2019 Ease of Doing Business Report, it ranks China 46th out of 190 countries. Despite this, foreign companies continue to complain about lengthy and confusing procedures when it comes to things like permits, registration and licensing. For founders like Claire and James Ravens, who created lavender-filled Bobbie the Bear, the importing of natural goods can present issues related to bio-security.

Through Haymarket HQ’s China Canvas Challenge (C3), she was able to reaffirm the potential that Olive & Bee had in China and pinpoint what she could do to navigate through these barriers.

“I learnt so much through the China Canvas Challenge. It was great to know that others thought Olive & Bee had potential in China. Even though my product has strict import rules that are beyond what I can meet at the stage my business is at now, I now know the challenges that come with selling into China,” Claire explained.

Physiotherapist by day, entrepreneur by night

Olive & Bee isn’t the only brand that Claire owns. With hands-on physio work, working on-site at large companies, exercise rehabilitation, and pelvic health, Claire is also on the committee of the Continence Foundation of Australia (South Australia branch). Having her own physiotherapy clinic for the past 13 years and being part of the larger medical industry and community, what Olive & Bee brought for her was another set of entrepreneurial challenges to face.

“With its own problems to solve, there were so many decisions to make. Such as the size and design of the tub to finding the right target. In fact, I still have a lot of difficult decisions to make in terms of the direction I would like this business to take,” Claire said.

Even with these hurdles, Claire managed to pull through and make Olive & Bee a successful brand. By November 2018, Olive & Bee has managed to sell over 10,000 tubes in over 200 pharmacies, clinics, shops and hospitals and on shelves in 11 different countries. As of September 2019, that brand has sold more than 25,000 tubes with over 300 stockists!

“I’ve always been very proud to have my brand out there. I still work as a physio and run a physiotherapy practice. Life is very busy running two companies! I have never had enough time to properly put into Olive & Bee, but fortunately the business is growing really well,” she elaborated.

With Olive & Bee budding into a truly international brand, the journey into Asia is a stone’s throw away. This 100% Australian made cream is setting the bar as a brand that doesn’t just treasure the ingredients used in the making of the product but also the long- term wellbeing of the people that use them.